After working as a Public Works supervisor, in passenger transport or in mass distribution, Bertrand COURCELLE created his firm in 1985 driving his own truck.

With the help of a close collaborator who will become his associate, he will quickly raise his firm among the three most important participants in the Abnormal Load Transport business.

The head office of the Group is located in SAINT-SAUVEUR in the Northern surburb of TOULOUSE.

In order to best meet the demand, The COURCELLE Group expanded to ensure its commercial presence by opening its first agency in Bordeaux in 2001.

The activity of the COURCELLE Group is mainly carried out in France but also on the European territory.

In the last years, the COURCELLE Group has achieved a formidable growth, increasing the turnover from less than 7 M€ in 2000 to more than 60 M€ in 2020.

With more than 700 employees, the COURCELLE Group focuses on fundamental values, such as passion, involvement, trust, pragmatism and innovation.

To carry out its missions, the COURCELLE Group relies on the satisfaction of its clients , the good flow of information, the development of security and the reduction of its carbon footprint. 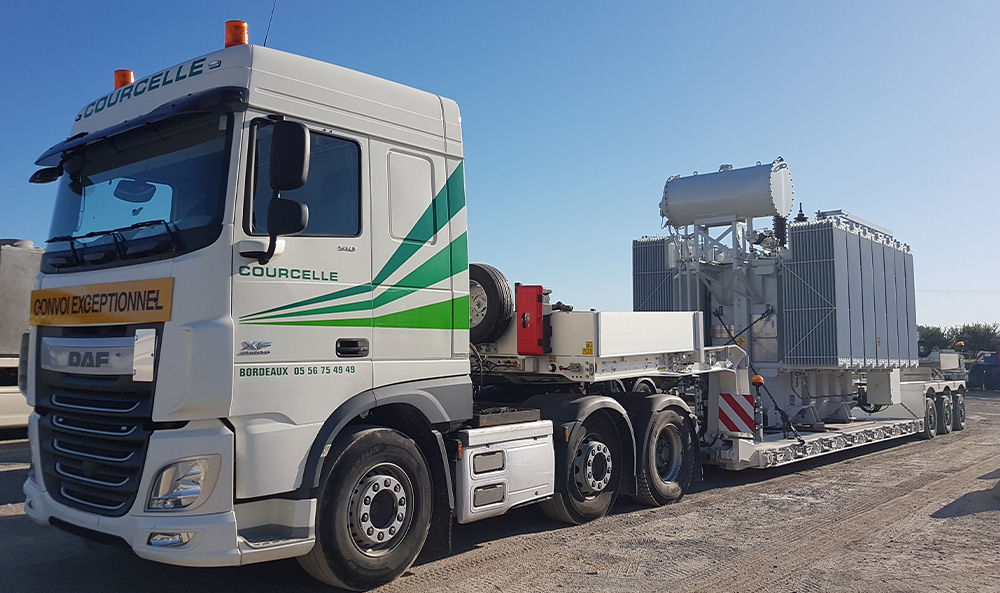 A variable rate is thus applied monthly on the price of transport, according to the evolution of the fuel prices.

Calculation method: Evolution of the price of diesel compared to the average CNR 2016*Provisional share of diesel "long distance EA 2020 CNR" on our transport costs, i.e. 24.50%.